2020欧洲杯体育在线平台Last weekend, students from VinSchool and Hanoi Academy joined with TH School students to compete in the "Mix Up/Speak Up" Debate Competition. In teams of three composed of students from the different schools, students competed in three rounds of debate on topics such as: Should students take online courses instead in-class courses? Is living on Mars a solution to overpopulation? And, should students be monetarily rewarded for good results?

When debating, each pair of teams formed two camps to support either the affirmative and negative position. Arguing the affirmative or negative was decided right before the debate started and did not necessarily reflect the personal opinions of the competitors. From the first round, 12 teams showed their determination to win by formulating their arguments based on a substantial amount of research.

TH School students had a great performance and demonstrated confidence and English language fluency. Phạm Quân from TH School Hoà Lạc, a member of the Lion team who took home a gold medal, impressed the judges and the audience with the affirmative argument that students should be monetarily rewarded for good academic performance. "With monetary rewards," Phạm Quân said, "students will learn how to manage money, which is very important for the future and life in general." Reflecting on the competition, Phạm Quân found that the students brought critical thinking to their arguments and demonstrated their abilities to present in English.

In addition to providing students with an interesting playground for developing critical thinking skills, the Mix Up/Speak Up Debate Competition was also an opportunity for students from many schools to meet up and learn together. Mai Hoa, a Grade 10 student from VinSchool Harmony shared that, "What impressed me the most at Debate this time was how talented and eloquent the contestants were. The topics of debate through the rounds were also very interesting."

Congratulations to the Lion team for winning and to all participants in the competition! See you all at the next debate at TH School. 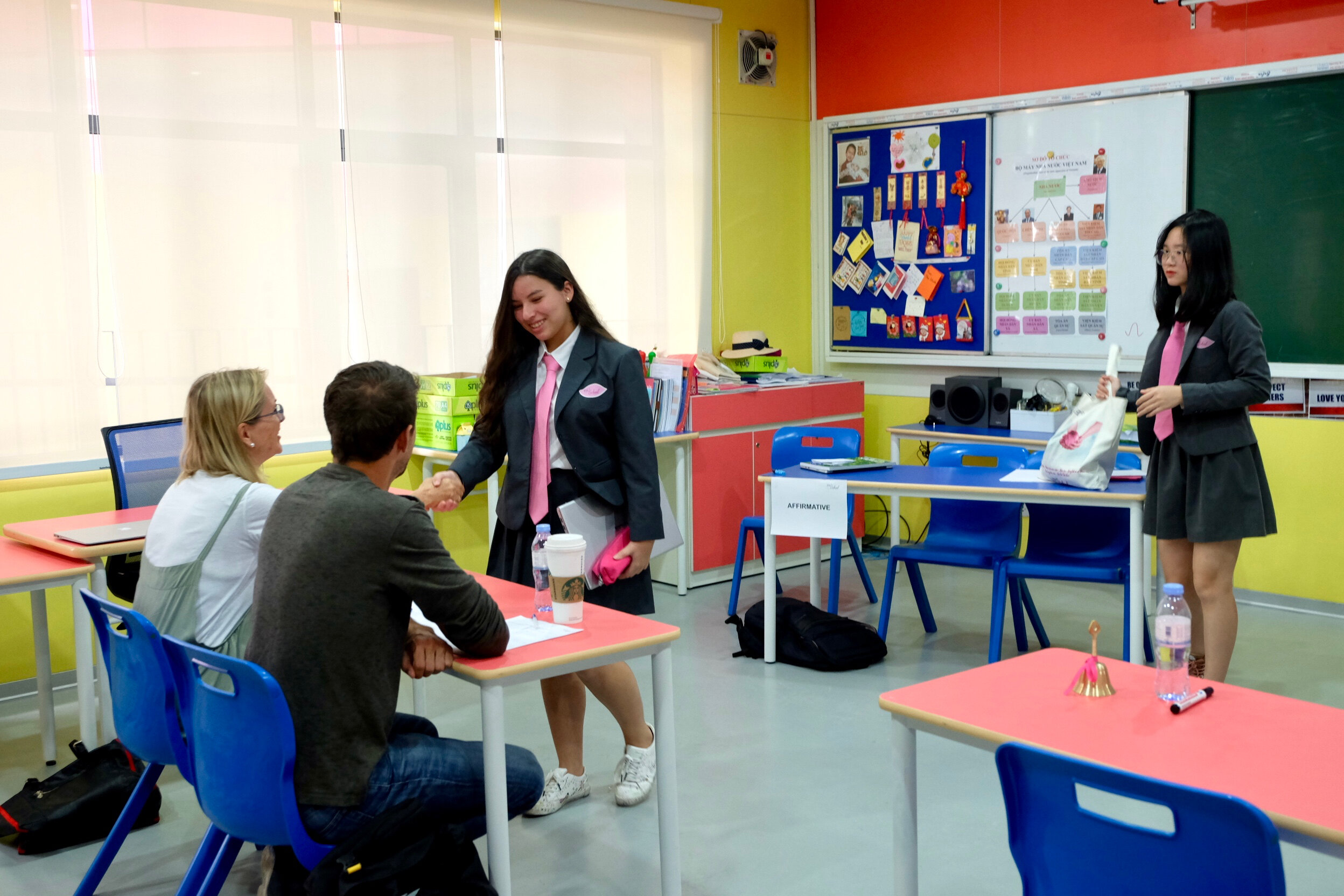 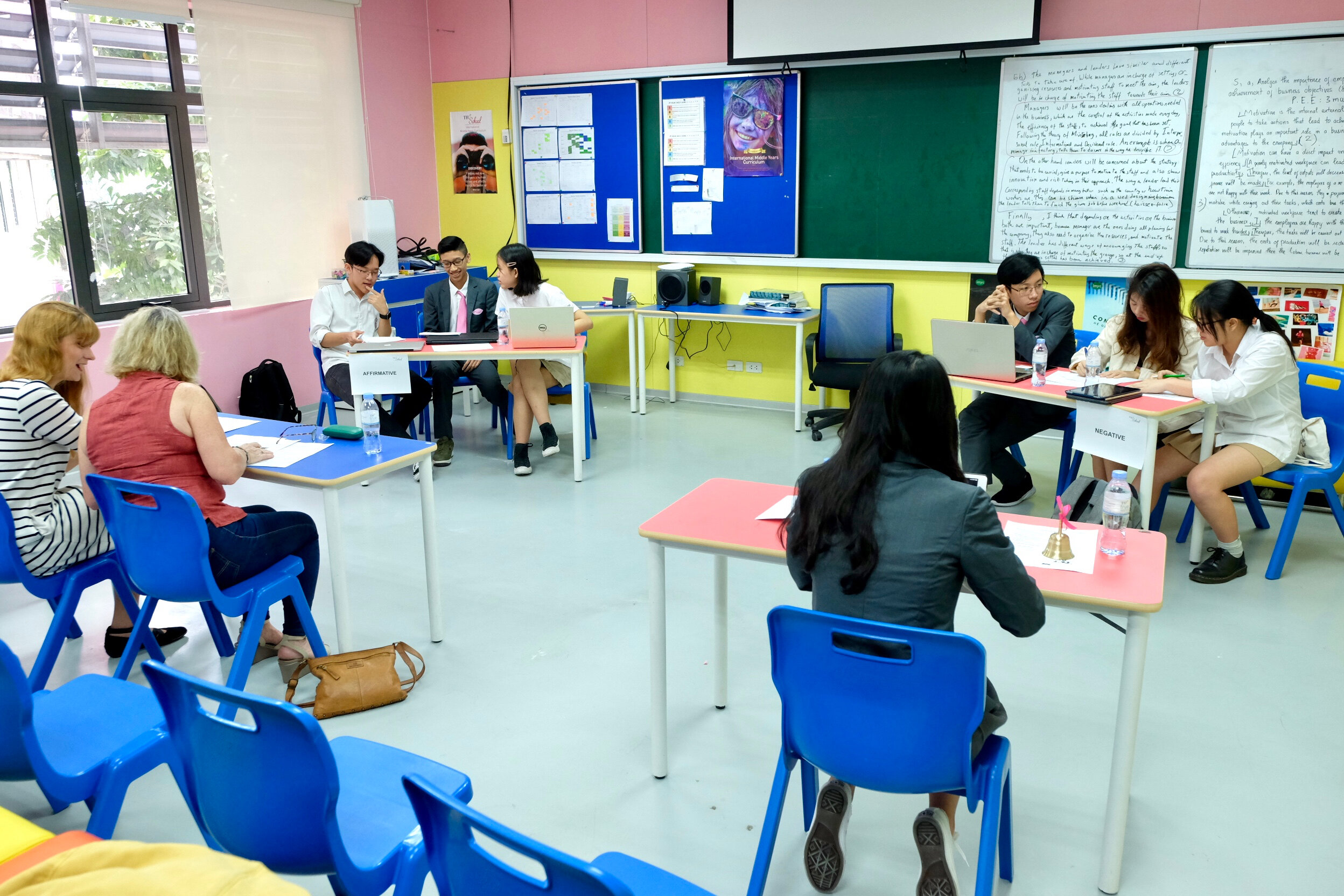 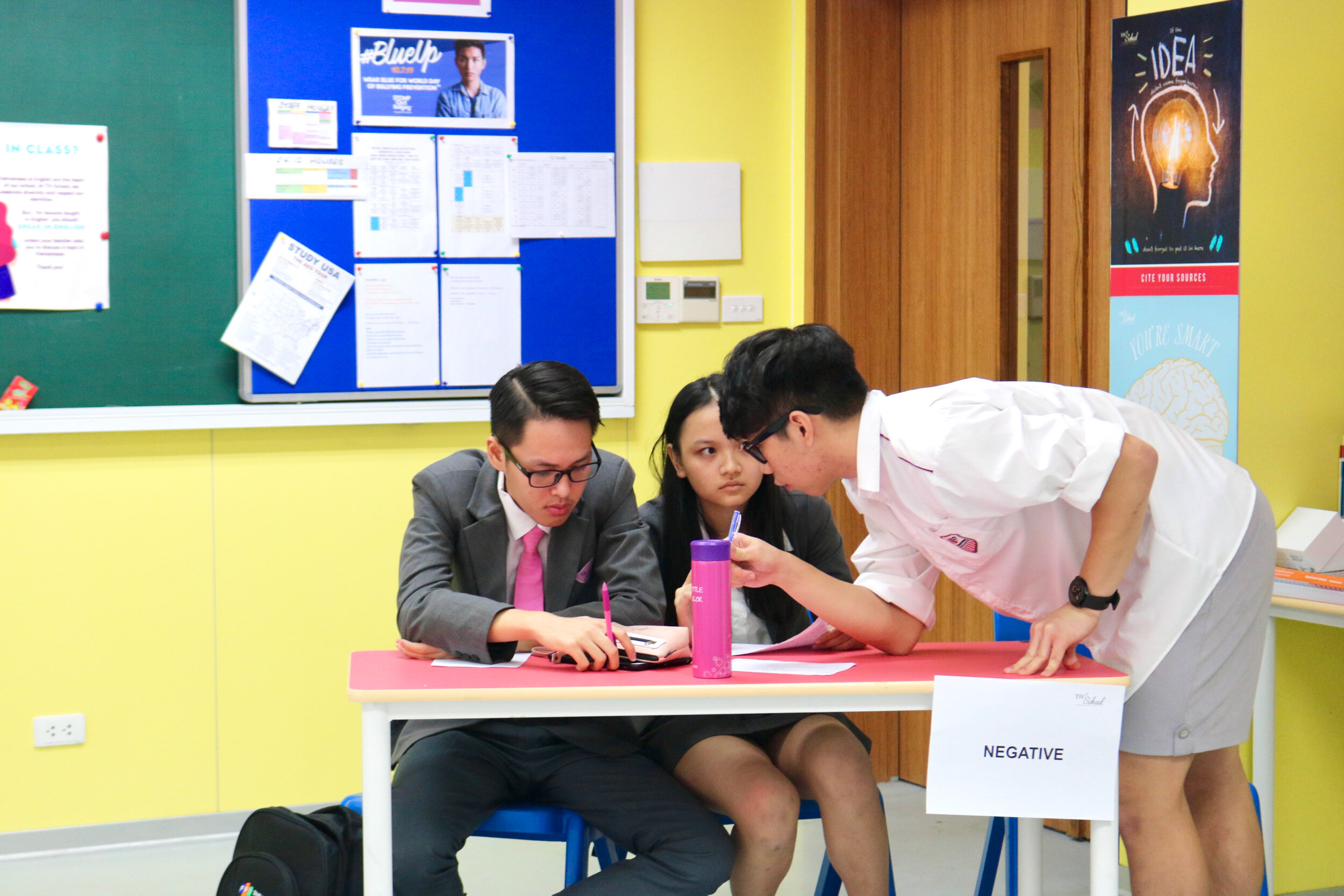 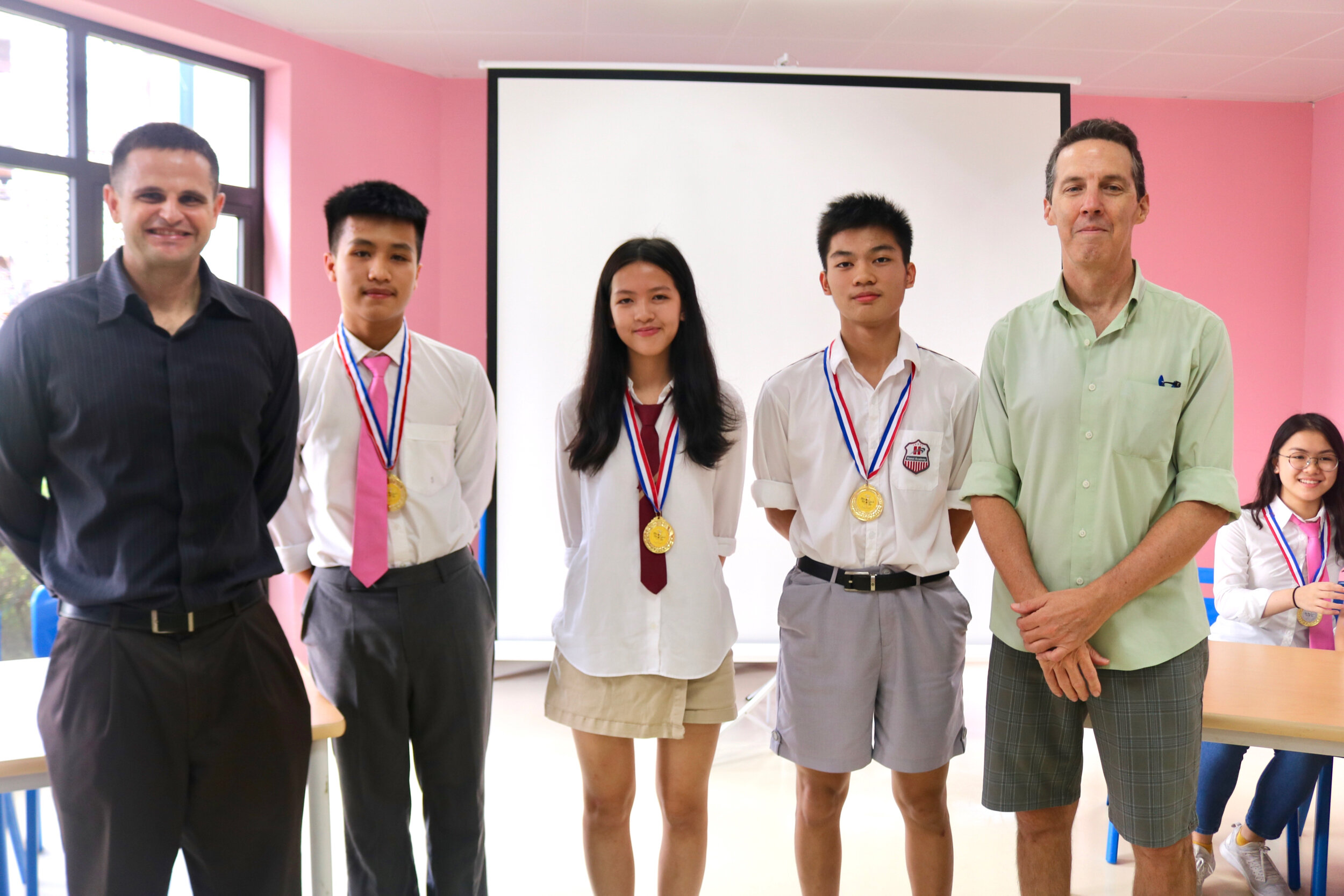 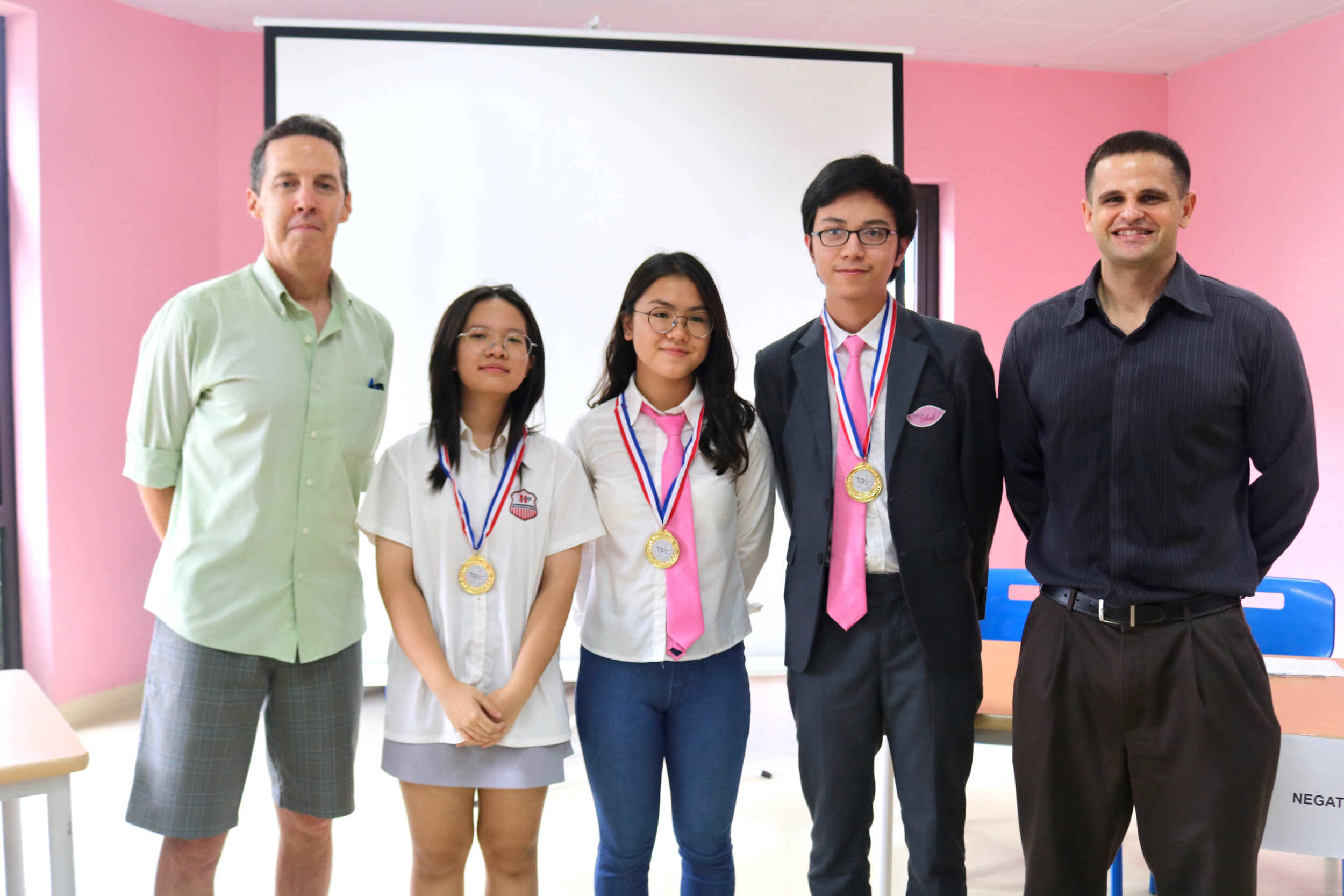